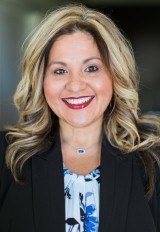 Esther began her career with Texas American Insurers in February 2001, as the Customer Service Representative and Office Manager of our Lubbock office. Esther enjoys meeting new people and developing a business relationship that enables them to have the best coverage at the best price. Esther and her husband Carlos have 4 children between the both of them. Esther cherishes spending time with her two grandchildren Serenity & Braxton who bring so much joy to her life. In her free time, she enjoys shopping, movies and traveling, but mostly spending time with her family at every opportunity.